One of the most important things when planning with LEDs.
The temperature has a major influence on light output of a LED. Why? The colder the environment, the more efficient the LED works. Cold locations are therefore ideal.
That is why LEDs can be used in outdoor lighting or as a light source for cooling rooms.
In contrast, high temperatures have a negative effect on the light yield. The service life can also be shortened. Reputable manufacturers specify an ambient temperature for their LEDs at which the luminous flux and service life of their LED lights and modules can be achieved.
In contrast to incandescent or halogen lamps, the light emittet by a LED is not warm. As with other lamps, diodes only convert part of the energy into light - heat is generated inside the semiconductor. This heat has to be dissipated so the LEDs work as efficiently as possible and achieve a long service life. This is especially important for LEDs that work with a high operation current. 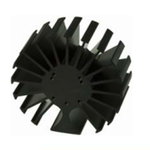 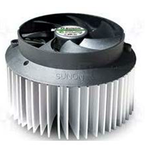 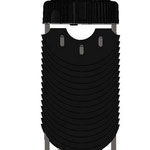 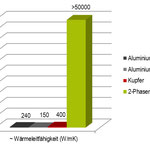 Different types of "cooling" (heat sink)
Thermal management takes care of heat dissipation. The heat is dissipated via a circuit board and luminaire housing (= passive cooling). A large, solid connection between the circuit board and the housing promotes heat dissipation. In some luminaire models, cooling fins enlarge the surface and thus lower the temperature, in other construction types air or water are also used for cooling (= active cooling). The optimal cooling, however, is currently the passive 2-phase hybrid cooling. This form of cooling transfers the heat throuh the evaporation and condensation of a working medium in a vacuum. This increases the heat dissipation compared to cooper and aluminium heat sinks by a factor of 100. As a result, lights can be operated ain higher ambient temperatures and with a significantly longer service life.

Rotasystem is a member of the professional association FGK